Presented at the APhA Annual Meeting this past weekend in San Francisco, CA.

Read more about our time at APhA Annual 2017 below!

This year, 26 students from the University of Florida traveled to the West Coast to attend the 2017 APhA Annual Conference. There, students attended various sessions for chapter development and networking while also playing a role in electing the new national officers for the ASP. In addition to the elections, students helped delegate the official bills that will be presented to the national APhA House of Delegates for review, which will later move its way up towards Capitol Hill in Washington D.C.

Although there were a multitude of professional meetings to participate in, there were plenty of opportunities to explore the city. From the bustling streets of Chinatown to the Windy Coasts by the Golden Gate Bridge, students treated themselves to a host of local foods and landmark visits. Check out some of the photos below! More photos can be found at our Facebook Page! 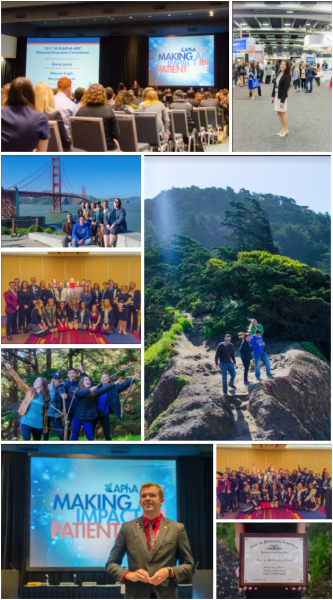